When you use SSL, you are establishing a secure connection between you and the server. What some people do not realize is that when one server talks to another server, they are talking on an unencrypted line. This means that if Alice (on an SSL server) sends a message to Bob (on a non-SSL server), the message is not secure. For it to be secure, Alice and Bob both need to have SSL connections on the same server. As of February 11, 2006, all servers have SSL enabled for both clients and server-to-server links.

This means that the user "alex323" is using SSL on ninjutsu.ca.us.mixxnet.net. 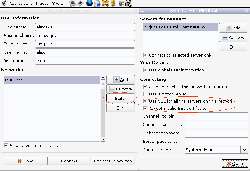 Other clients that support SSL include irssi and BitchX.